It was my third visit to Tawang, home to a tiny military base in Arunachal Pradesh. The idyllic base was our home every summer, the only time in the entire year when we got to meet our father.

A home away from home. A mystical, fantastical land with surreal weather conditions. The roads, if you could call them that, were narrower than a tick’s ass and precariously wound around an undulating row of mountains that looked like inverted ice-cream cones, topped with London Dairy’s vanilla ice cream. These stoic giants pierced through a sea of translucent cotton- candy clouds and, at 10,000 feet above sea level, Tawang might as well have been the land of fairies and elves where mythical beings and soldiers peacefully co- existed. It certainly was picture perfect, despite the daunting journey that led to it.

To my thirteen-year-old self, getting to Tawang seemed like Harry Potter’s journey to Hogwarts, liberally peppered with some edge-of-the-seat thrill of Mad Max: Fury Road. It started with a bumpy air-pocket-ridden flight to Guwahati that gave me giant knots in the stomach, followed by a two-day road trip that traversed Tezpur in Assam, ran through the picturesque Tenga Valley, crossing Bomdila Pass at 9,000 feet, slowly climbing up to the literally breathtaking Se-la Pass at 13,000 feet and finally descending into Tawang – ‘the land of the chosen horse’. 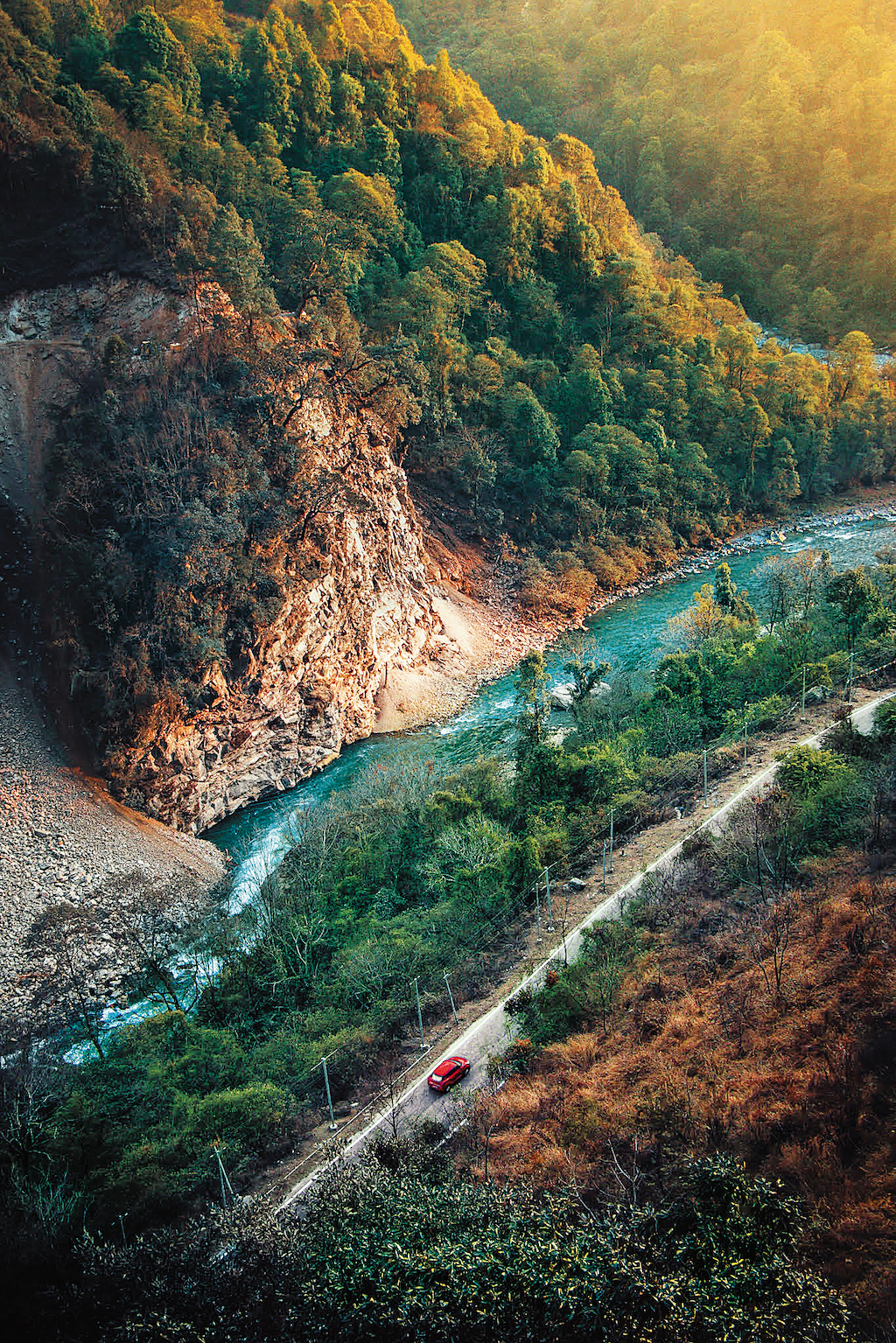 Fortunately, the forty-eight- hour road journey ensured gradual acclimatization to the decreasing levels of oxygen in the atmosphere. The journey had to be halted at twelve noon sharp as thick, impregnable clouds swooped into the valleys and passes alike, impairing visibility enough to cause fatal accidents. These clouds might have looked innocuous, but they were nasty fellows. Treacherous, vile, whimsical and cruel. They enjoyed playing truant and this whole man-versus-them was a one-way stick-up. Like an old western movie, except, only one of the contestants was sanctioned a pistol and if the hapless ‘other’ so much as moved an inch, the one with the gun drew quickly. Death was imminent.

At these perilous heights, we were the ‘others’ and these nasty fellows controlled the passes and valleys.

So, noon was the cut-off time for all military movement in the region, unless it were a life-and-death situation, or a war broke out. Most travellers halted at whichever military base they had reached by noon or even drove back a few miles to set camp in one. The journey was resumed the next morning around sunrise, or at 0500 hours, whichever came earlier.

The road to Tawang thrust your phobias right into your face. On my first trip to Tawang, I recall getting off my seat and squatting on the floor of the jeep while crossing Bomdila Pass, just to avoid looking out the window. It was hard to watch the tyres of the moving jeep a few inches away from the bottomless valley without imagining a fall and going up in a gigantic ball of fire.

I suppose the precise moment when death swoops in to snatch your soul isn’t actually terrifying. The nanoseconds preceding it are like Final Destination 6 playing out at 120 frames per second. The jeep hurtling down, me inside it, being tossed around violently, screaming, watching the free fall knowing that the gas tank has 60 gallons of petrol in it and seeing a protruding rock fifty metres ahead. Now, that is cruel! In the middle of all the screaming, I would also deeply regret not having left a will behind. Yes, even at thirteen, I was the owner of many treasures.

The excerpt is from Invictus: The Jungle that Made Me by Nidhie Sharma 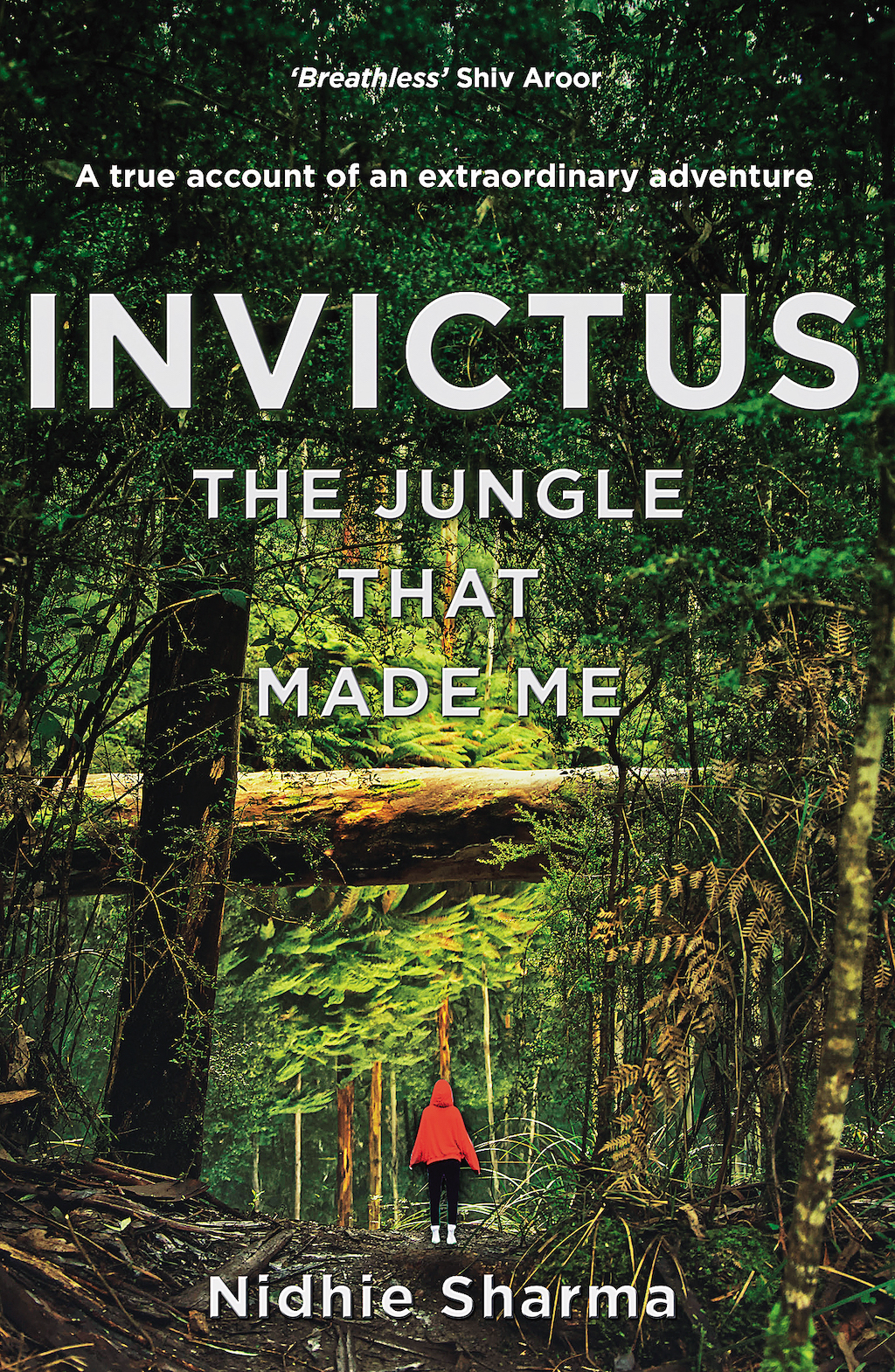 Author’s Note
Sprinting across a field of artillery guns to get to the Sarva-dharam temple for the special Sunday prasadam, getting knocked out by a football at four, soaking my feet in a stream that languorously flowed into the Jhelum, coming home with cuts and bruises during my daily ‘expeditions’ in the wilderness that often surrounds military cantonments and unwittingly leading five children into the jungles of Tawang and coming out alive is how I remember and cherish my incredible childhood years growing up in the armed forces. 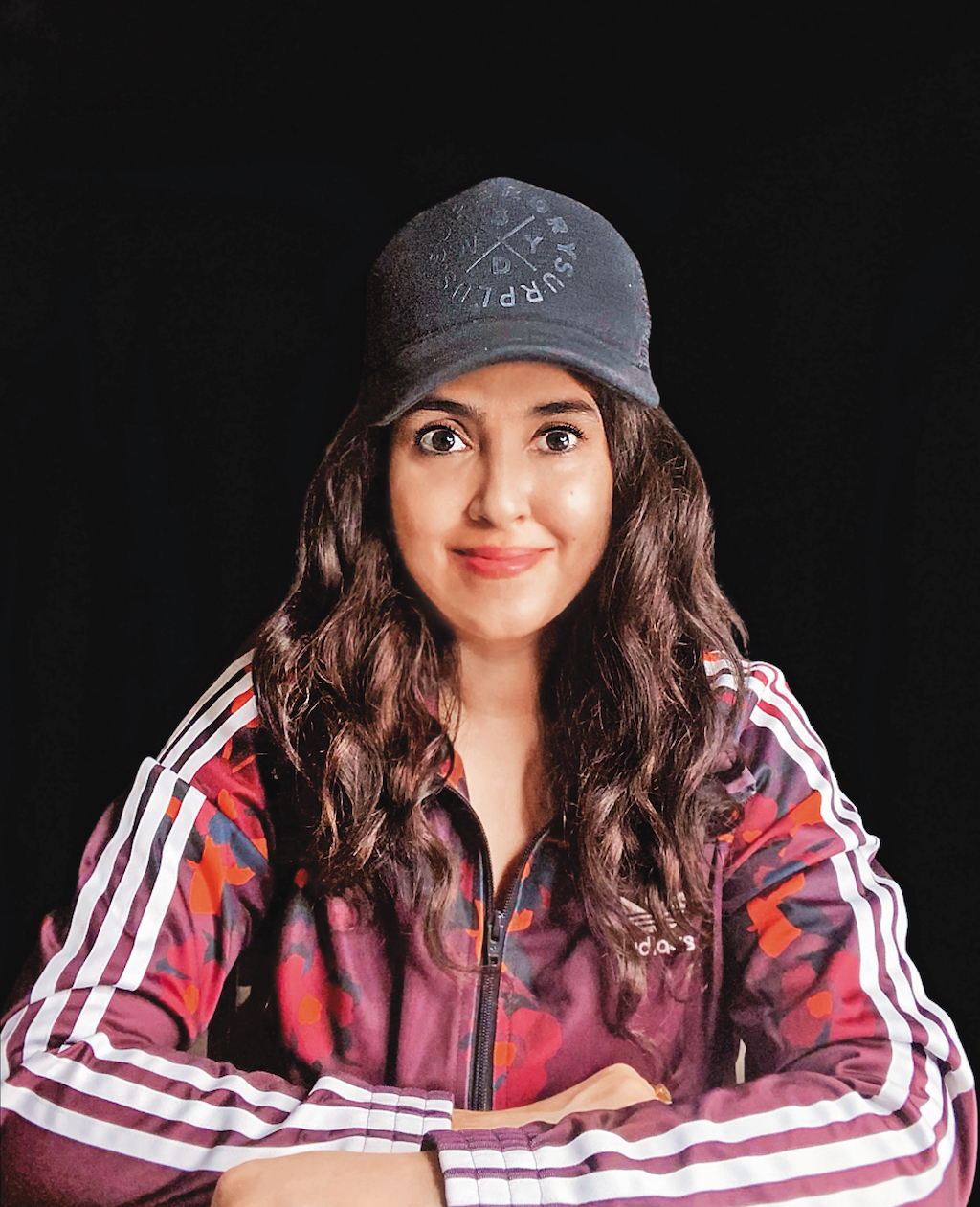 My father took me to watch my first boxing fight and my fascination for the sport not only drew me to the ring but also inspired me to pen Dancing with Demons, India’s first boxing novel. I had the privilege of being exposed to sports, the outdoors and adventures alongside poetry and art and these contrarian influences have shaped all my life choices, including my writing.

As an Army kid, my wings were my roots and those wings took me from Kashmir to Tamil Nadu, Rajasthan to Arunachal Pradesh, soaking in the diversity of India. In hindsight, I would say that my writing has evolved over years of journaling my thoughts, experiences and inner life.

Invictus, my second book, chronicles a powerful and transformative experience of survival in the wild from my own life. As a teen vs wild memoir, the book is primarily about not giving up, whatever the odds. To me, Invictus is as much an ode to Tawang as it is a commentary on my love for nature.

I’ve been told that my writing style defies genres, which is perhaps because my life so far has existed outside the boundaries of societal definitions and stereotypes, and organically so.